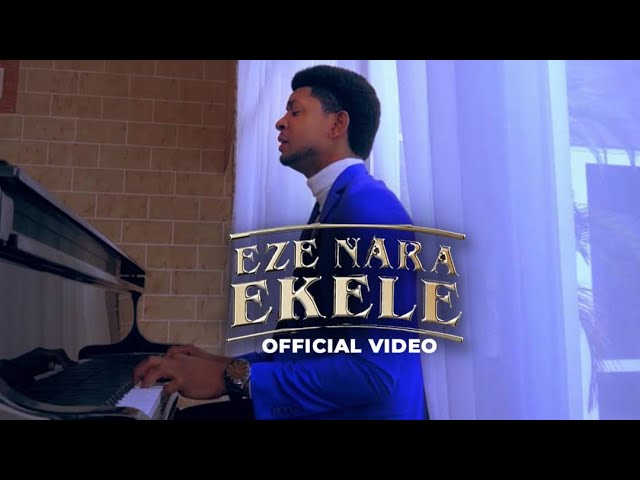 Steve Crown, in grand style as always, has released another soul-lifting song titled ‘Eze Nara Ekele’ with the Official Video. In the eastern part of Nigeria this title is translated as ‘King, take the praise’. Indeed, our king has been faithful and He deserves to take all the praise and glory. This year has brought us enough surprises as it were, the devil intended to cause more havoc with the pandemic than what it is today. But God said no. Today we are alive and vibrant and if you ask me that is enough reason to give God all the praise.

‘Eze Nara Ekele’ springs from Steve Crown’s previously released 6-track EP titled ‘Faith is Rising’ which has been the talk of the town for a long time. The songs in the EP seemed to have been divinely handpicked because each one ministers gracefully to the listeners every single time. This power-packed album is Steve Crown’s third studio album and it contains amazing singles like ‘You are Yaweh’, “Yesu Na” and an epic collaboration with award winning ministers like Nathaniel Bassey (Mighty God) and Phil Thompson(Angels Bow).